✕
Thursday, June 30
Today90 News
Home›Coronavirus›The US evaluates requiring a negative test for asymptomatic cases of COVID-19 before the advance of omicron
Coronavirus 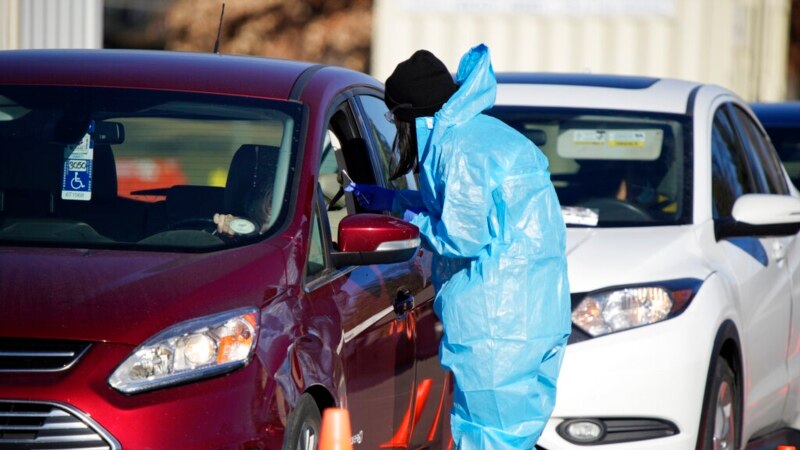 The measure would be added to the decision of December 27, by virtue of which the isolation of five days is required for patients who do not develop symptoms. After that period, they are asked to wear a mask for the next five days while they are with other people.

Fauci, who gave interviews to Sunday TV shows “This Week” from ABC Y “State of the Union “ from CNNsaid that the issue is still being analyzed.

“There has been some concern about why we didn’t ask people in the five-day period to get tested,” Fauci said. “Looking at it again, it might be considered an option, that testing is part of that, and I think we’ll hear more about it from the (Centers for Disease Control and Prevention), CDC, in the next few days.” .

Figures from the CDC indicate that the omicron variant represents 58.6% of the coronavirus strains circulating in the United States as of December 25.

US authorities recorded at least 346,869 new cases of coronavirus on Saturday, according to a tally of Reuters. The death toll in the United States from COVID-19 rose by at least 377 to 828,562.

The sudden arrival of omicron has brought a record number of cases to countries around the world, tarnishing the New Year’s festivities in countries of the region and the planet.

Fear of an increase in cases and hospitalizations

Fauci explained Sunday that the United States has practically registered a “vertical increase” in new cases, which now average 400,000 a day, and that hospitalizations have increased as well.

“We are definitely in the middle of a surge and a very serious spike in cases,” he said. “The acceleration of the cases that we have seen is unprecedented, it has gone far beyond anything else we have seen before.”

The medical expert admitted that there are concerns that the omicron variant will overwhelm the US health care system and cause a “major disruption” to other essential services.

“When I say a great alteration, there will undoubtedly be tensions in the system and by the system I mean people with any type of job … especially in jobs that are critical for society to continue to function normally,” Fauci warned.

He specified that although there is “accumulating evidence” that omicron could lead to a less serious disease, he cautioned that the data is still early. Fauci said he is particularly concerned about the tens of millions of unvaccinated Americans, because “a good number of them will contract a serious disease.”

“We already know that there are reports from fire departments, police departments in different cities that 10, 20, 25 and sometimes 30% of people are sick. Additionally, it is something that we have to worry about because we want to make sure that we do not have such a serious impact on society that there is a disruption. I hope that doesn’t happen, ”he said.

At the same time, he reiterated that Americans get vaccinated, even with the booster dose. He also called for wearing masks indoors.

The omicron variant continues to increase the cases of COVID-19 in Latin ...