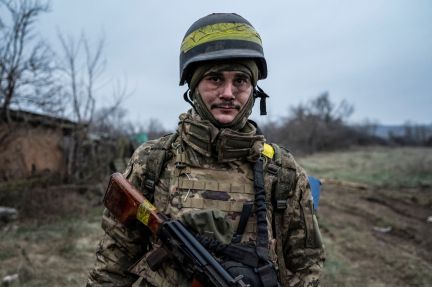 What has happened in the last hours

On the 288th day of the war started by Russia against Ukraine, these are the key data at 8:00 p.m. this Thursday, December 8:

Putin claims that international reactions will not stop his attacks on Ukraine. Russian President Vladimir Putin confirmed on Thursday that Russia is attacking energy infrastructure in Ukraine. This, according to him, has provoked a reaction charged with “noise, rumble and crackling” by Western countries, which, despite everything, will not stop the bombing. “It will not influence our combat missions,” he has guaranteed.

At least two dead in shelling in areas of Donetsk under Ukrainian control. At least two people have been killed and another five have been injured this Thursday in a series of shelling carried out by Russian forces in areas of the Donetsk province, in the east of the country, which are under Ukrainian control. The governor of the province, Pavlo Kirilenko, has pointed out that during the last night there have been attacks against various points on the front line and has regretted that Russian troops carry out “constant bombardments” in the region, where there are problems with the supply electricity and drinking water.

Borrell warns of the lack in the EU of critical defense capabilities. The high representative of the European Union for Foreign Affairs, Josep Borrell, has warned this Thursday that the EU “lacks critical capabilities” for defense and has called for joint military spending by the Member States and greater cooperation with industry to be able to cover them and, at the same time, maintain support for Ukraine. “We lack the capabilities we need to defend against a higher level of threat,” Borrell warned in a speech at the European Defense Agency (EDA) annual conference.

The EU will replenish 2,000 million euros in the fund used for the shipment of arms to Ukraine. The countries of the European Union will replenish a fund that has been used to cover the expenses derived from the shipment of arms to Ukraine with another 2,000 million euros, as revealed by two diplomats to the Reuters agency on Thursday. The bloc’s foreign affairs ministers will have to endorse the amount of the so-called European Fund for Peace (EFF) at a meeting to be held in Brussels next Monday.

Estonia joins Latvia and Lithuania in banning the Russian channel Dozhd from broadcasting. The Estonian authorities have joined Latvia and Lithuania this Thursday and have banned the broadcast of the Russian television channel Dozhd (Rain, in Russian), considered a “foreign agent” in Russia. The Estonian telecommunications operator has notified subscribers of the suspension of the contract in a statement and has announced that Dozhd will not be broadcast in the Baltic countries.

The Pope is moved when talking about the Ukrainians at the feast of the Immaculate Conception in Rome. Pope Francis returned today after two years of pandemic to pay homage in a public ceremony to the image of the Immaculate Conception near the Plaza de España in Rome and in his prayer, in which he was visibly moved, he presented the Virgin “the pleas of the children, of the elderly of the fathers and mothers, of the youth of the martyred Ukraine”.

In the photo by Viacheslav Ratynskyi, for Reuters, a Ukrainian soldier at the front in the Donetsk province.