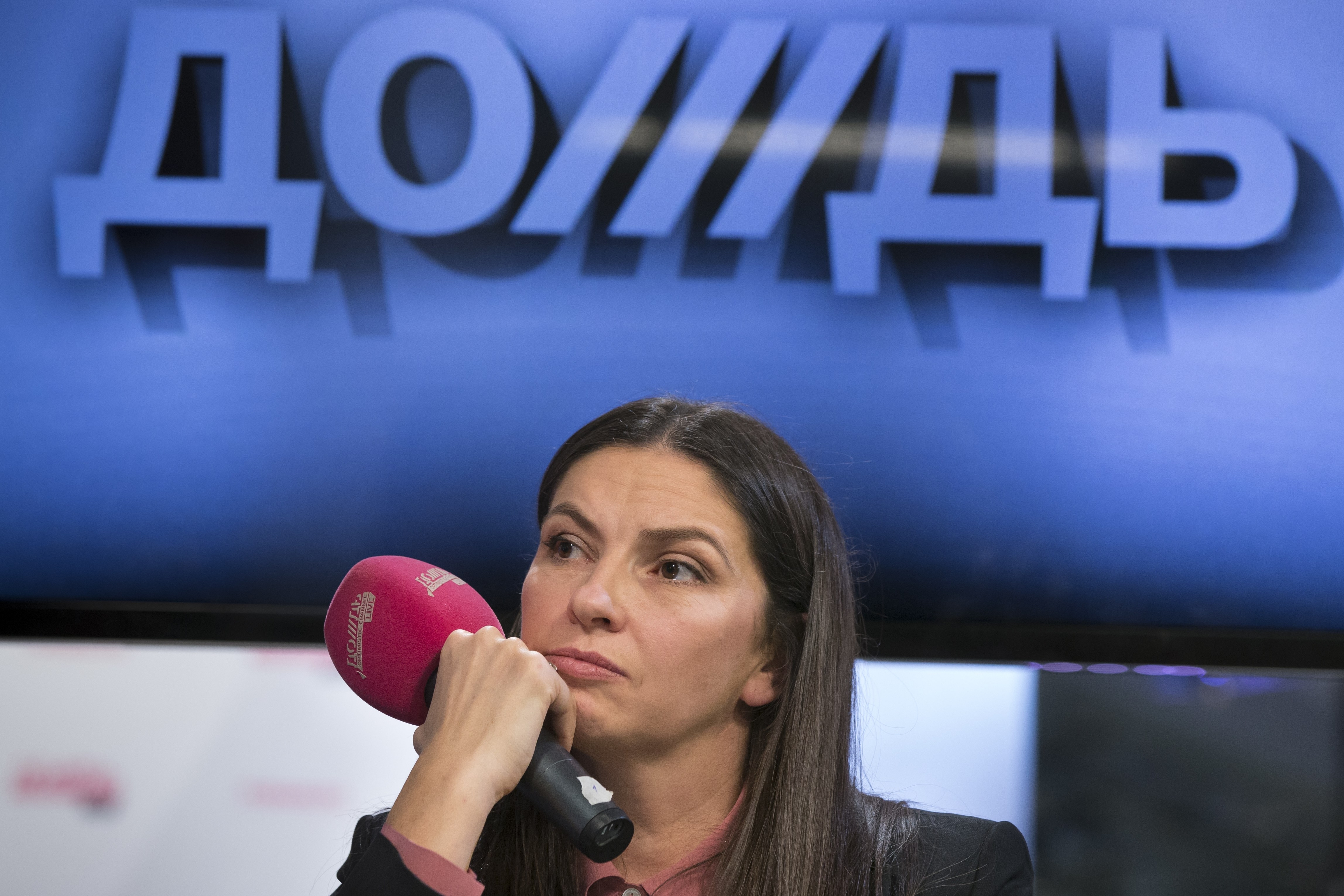 First Russia banned it and then it has been vetoed by a European Union country. Latvia has withdrawn this Tuesday the broadcast license of the Dozhd (Rain, in Russian) channel, the last remaining independent television in the Eurasian nation before it was blocked by the Kremlin for its critical coverage of the war. His reception in the Baltic country has barely lasted a few months.

The reason for such a forceful decision has been to include the annexed Crimea inside Russia on a map and the comment of a presenter who expressed his desire to ameliorate the hardships faced by Russians forced to mobilize at the front. That has caused Riga to decide to revoke its permission to broadcast in a sudden way. This prohibition fuels the debate on freedom of expression. And it has been received with joy in Moscow. The Government of Vladimir Putin thus sees his discourse reinforced that Europe also persecutes the press. About 30% of the Latvian population is Russian-speaking.

Dozhd ceased broadcasting in Russia on March 3 with the screening of Swan Lake, the same ballet with which the communist leadership censored the 1991 coup attempt on television (known as the August Coup). The channel had been blocked under the new law that persecutes anyone who “discredits the Armed Forces”, and its journalists went into exile in Latvia, where they re-founded the outlet through YouTube.

Its end in Latvia has come with the broadcast of the program Here and now last December 1. The presenter Alexéi Korosteliov read a request from the editorial team live to the viewers to denounce the irregularities of the mobilization of civilians decreed by Putin. The journalist expressed a wish that cost him his dismissal and, in the long run, the channel’s license: “We hope that we can help many soldiers, including us. For example, with equipment and some comforts for the front”.

Korosteliov was fired for those words, although his dismissal has not prevented the closure of the channel. The news director, Ekaterina Kotrikadze, justified the dismissal at the time: “It has been a difficult decision for us, but the management considers that it was the only sincere and possible way out.” However, that measure was not enough to appease the campaign launched against the outlet and several journalists resigned in protest against the management. “People have the right to make mistakes and also, to explain themselves publicly before being fired,” correspondent Margarita Liutova wrote on Facebook when explaining her resignation out of solidarity.

The director of Dozhd, Tikhon Dzyadkó, intervened in the news on December 2 to ensure that that comment had been misinterpreted and they only wanted to denounce the precarious situation in which the mobilized find themselves. “Dozhd has never planned and will never plan to deliver material, weapons, food or anything else to the Russian army,” Dzyadkó remarked, adding that television has broadcast this type of message to Russian recruits during these months: “They lie to you, they command you to kill and be killed”. Dzyadkó stressed that the channel’s position is clear against the war.

Join EL PAÍS to follow all the news and read without limits.

The Latvian media regulator has revoked its license as of December 8 and has requested that its broadcast also be inaccessible in that country via the Internet, as is already the case with Russia Today and other Kremlin state media. Reporters Without Borders has called on Riga to reconsider its situation. “Dozhd is one of the few channels with Russian journalists who broadcast for Russian speakers,” the NGO said.

The pressure has taken its toll on the channel. “Some were looking for a pretext and have seized on it between shouts. They are telling lies to the public in the hope that people will not check them and buy them. They are destroying Dozhd’s reputation in a deliberate and vile way,” Kotrikadze lamented on December 5 on his Telegram channel.

The general director of Dozhd, Natalia Sindéyeva, published a video on her social networks on Tuesday in which she apologized to the presenter and the viewers, and implored the return of the affected person and the rest of the journalists. “It was a mistake to fire Alyosha (Korosteliov), it was the most terrible thing we could do in this situation,” she acknowledged through tears before also asking Ukraine for understanding because those words “were a big mistake and people make mistakes.”

kyiv itself has downplayed the accusations against the channel. Mikhailo Podoliak, adviser to the Ukrainian president, Volodimir Zelensky, stated in an interview: “[La dirección de Dozhd] He has clearly explained his position, a position that is against the war and is pro-Ukrainian,” Podoliak said.

Added to Korosteliov’s controversy on December 2 was the fine imposed by the Latvian National Mass Electronic Media Council on Dozhd for including the Crimean peninsula on a map, annexed by the Kremlin in 2014, as part of the Federation of Russia. The outlet was fined 10,000 euros and warned that it could lose its license.

A manipulation in the networks

The position of the Russian opponents on the war in Ukraine and the question of Crimea is one of the issues that generates the most tension with the rest of the countries of Eastern Europe. The director of Dozhd himself has been the victim of a manipulation that has gone viral on social media. The journalist wrote a tweet in April 2014 where he said “Crimea, welcome to Russia!” ironically for the repression of a demonstration there just over a month after its annexation. YouTube deleted the video that accompanied that publication, and without that context this week it became an excuse to attack the journalist on various fronts, from sectors related to the Kremlin to pro-Ukrainian accounts. Dzyadkó was forced to deny the hoax.

The Baltic countries and other eastern countries form the core of the European Union, which advocates restricting the granting of visas to Russian citizens as much as possible, except for humanitarian reasons. They defend this initiative on the grounds that the Russian population has not done anything to stop the Kremlin nor has it shown its rejection of the conflict.

The Latvian suspension of Dozhd has also been useful for the Kremlin’s case against the European Union. Dmitri Peskov, Putin’s spokesman, told the Russian media on Tuesday that he keeps under control: “Someone believes all the time that another place is better than home. And all the time someone thinks that there is freedom in another place and that there is not at home. This is one of the clearest examples demonstrating the fallacy of such illusions.”