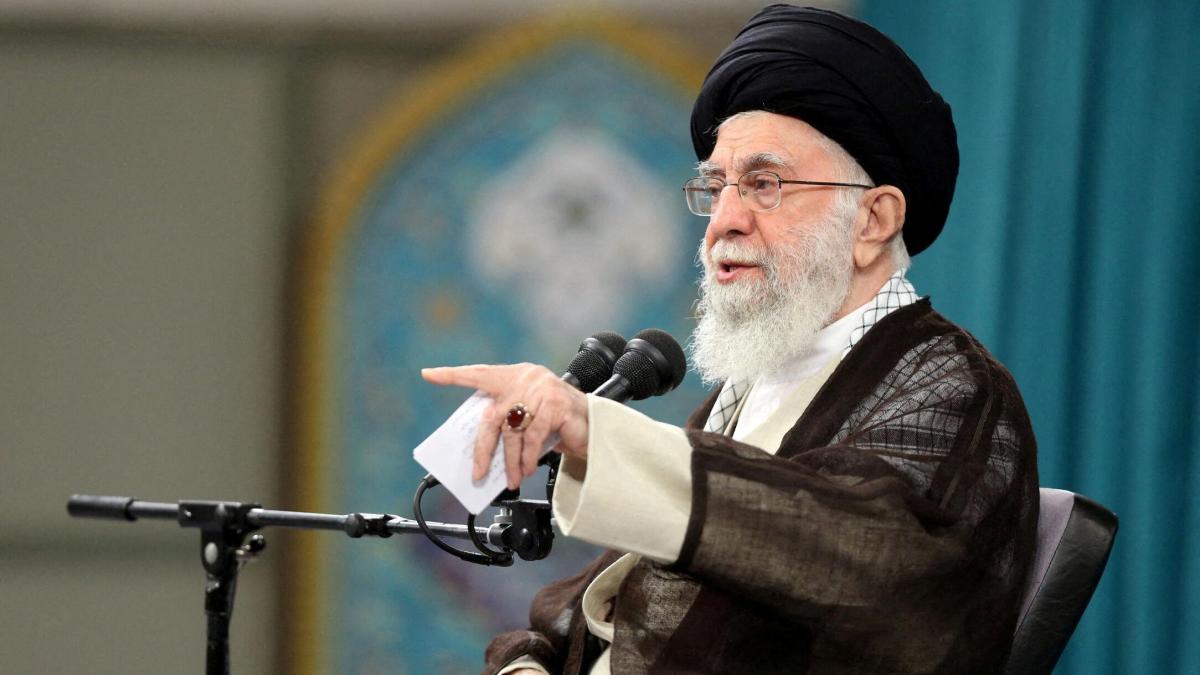 Dissent in Iran extends as far as into the family of its supreme leader, Ayatollah Ali Khamenei. One of her sisters has condemned the regime’s crackdown and has called on the feared Islamic Revolutionary Guard, tasked with inflicting the sometimes lethal oppression of protesters protesting since mid-September, to lay down its arms, in a harsh statement. letter published by his son who lives in France.

Badri Hosseini Khamenei, who resides in Iran, criticized the clerical establishment from the time of the late founder of the Islamic Republic, Ayatollah Ruholah Mousavi Khomeini, until his brother’s rule, says the letter, dated “December 2022.” Its broadcast on Twitter, this Wednesday, coincides with the last of the three days of the general strike called in the country.

One of the largest waves of protests in Iran has shaken the ayatollahs’ regime since the death of 22-year-old Iranian Kurdish woman Mahsa Amini at the hands of the morality police. What began as a women’s cry for freedom has become a popular clamor calling for the “death to the dictator.”

I express my solidarity with all the mothers who mourn the crimes of the Islamic Republic, from Khomeini to the current despotic Caliphate of Khamenei.

“I think it is now appropriate to declare that I oppose my brother’s actions and express my solidarity with all mothers who mourn the crimes of the Islamic Republic, from the time of Khomeini to the current era of Ali Khamenei’s despotic caliphate.” writes in the letter that was shared by his son Mahmoud Moradkhani.

“The Revolutionary Guard and Ali Khamenei’s mercenaries must lay down their arms as soon as possible and unite with the people before it is too late,” the letter continued. The Revolutionary Guard is Iran’s elite force that has helped the country establish proxies throughout the Middle East and runs a vast business empire. The Basij, their paramilitary force, are blamed for most of the hundreds of protester deaths.

More than 450 people have been killed (300 according to the Revolutionary Guard) during the 81 days of protests, including more than 60 minors, according to a count by the Human Rights Activists news agency (HRANA). And 15,000 people have been arrested, some of them facing charges for crimes punishable by the death penalty. Six protesters have been sentenced to hang.

Badri Hosseini Khamenei is the mother of Farideh Moradkhani, a human rights activist and opponent of the regime who was arrested late last month. After her arrest, her brother was also in charge of publishing a video of her, in which she asked foreign governments to cut off any relationship with Tehran. “Like all Iranian mourning mothers, I am also sad to be away from my daughter.”

Badri Khamenei and her late husband, Ali Tehrani, had opposed the regime since the beginning of the Islamic Revolution in the late 1980s. As she herself explains, she often wanted to “get the voice of the people across” to her brother, but at seeing that once he became supreme leader he continued to “oppress and kill people”, he cut ties with him.