Putin prepares to intensify his war against Ukraine | International

The images of injured pregnant women stun half the world. News of food and heating shortages in Ukrainian cities are multiplying. The war report reports a disturbing development in the Russian invasion of Ukraine: Vladimir Putin’s bombs have reached Lutsk, a city 87 kilometers from Poland. Two weeks after it began, the war is approaching the gates of the European Union. And yet, the analyzes of the allied countries agree that the Russian campaign has advanced more slowly than the Kremlin had calculated.

The United States had warned that Kiev, the capital, could fall in just two or three days, but Russian troops have not yet completely surrounded it. There is no room for relief because the consensus is also unanimous: Putin is going to intensify the violence.

“I think there are some ugly weeks ahead,” CIA Director William Burns warned on Tuesday at the US Congress. “Putin is frustrated and angry and he is likely to double down on the pressure and try to crush the Ukrainian military without regard for civilian casualties,” he continued. US intelligence believes that the Russian leader underestimated the capacity and daring of the Ukrainian resistance. That miscalculation has slowed his offense, but Washington is convinced that he will persist in the attack until he finds a story that he can offer as a victory over his people. “He was very confident in the modernization that he had carried out on his armies and he thought that he would be capable of a quick and decisive victory at minimal cost, but he was dead wrong,” Burns said.

Despite everything — the deaths, the sanctions and the progressive isolation of the country — Moscow will not let up, but will probably prepare to intensify the offensive, according to US intelligence. The troops have already managed to cut off the supply of food, water, heating and medicine in several cities. Without the arrival of supplies, Kiev can enter a “desperate” situation in a matter of 10 or 15 days. And, as the Kremlin announced on Friday, it has just recruited 16,000 soldiers from Syria and the rest of the Middle East. 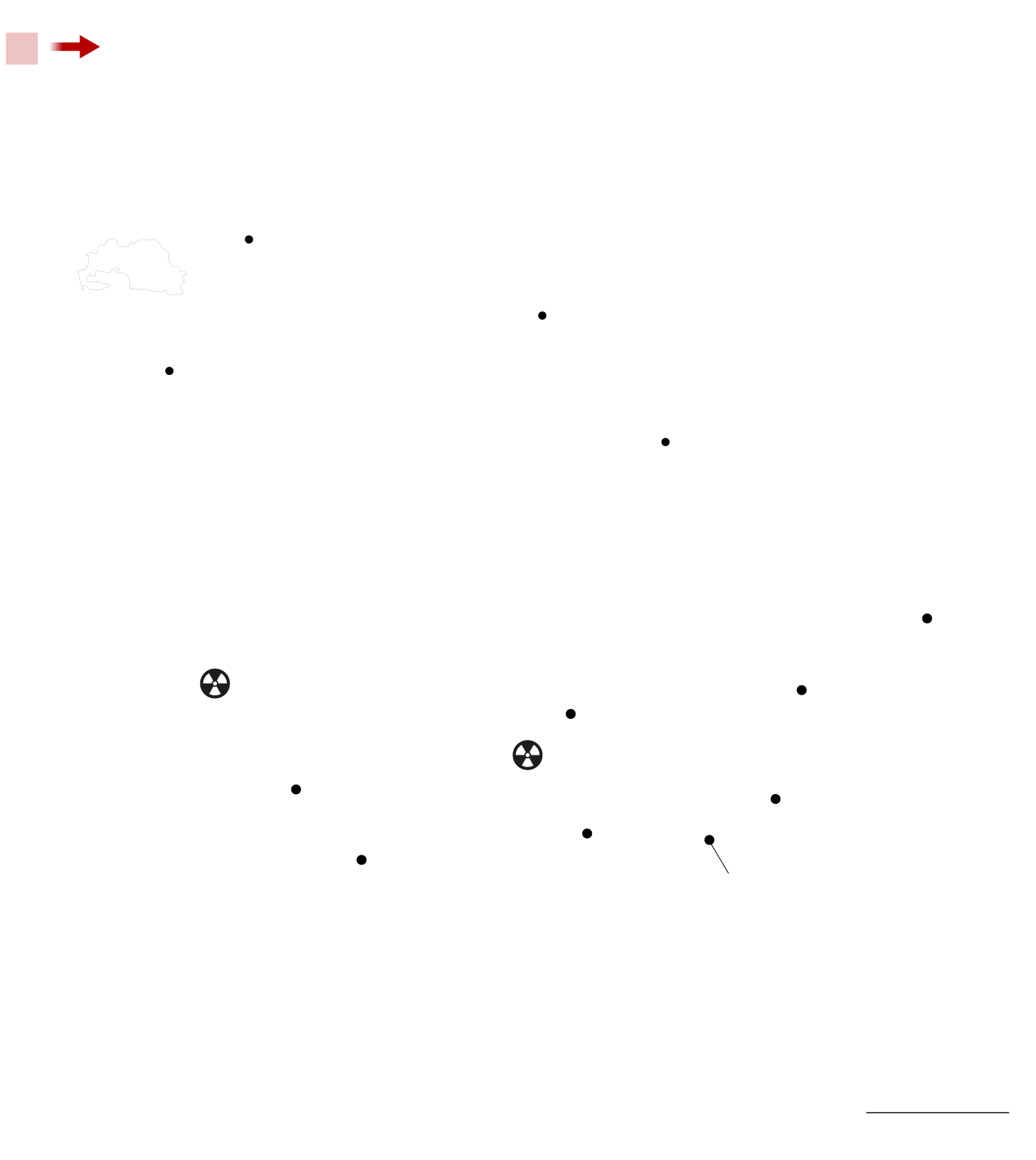 Join EL PAÍS to follow all the news and read without limits.

Ukraine claims it has inflicted heavy losses on Russian troops, seized large amounts of war material from Kremlin soldiers, and has reached a turning point that Moscow did not expect. However, Ukrainian government sources also point out that Russia, although it has faced serious logistical and communications problems, is repositioning itself and regrouping. They fear that it will unleash its full arsenal of airstrikes, which would cause devastating damage. Hence the insistence of the Ukrainian president, Volodymyr Zelensky, that NATO activate a no-fly zone in Ukraine. Russian air capacity and Ukrainian anti-aircraft defenses cannot be compared, although Kiev has fended off Russian attacks and struck back with Turkish-made drones and Western anti-tank munitions.

In the face of resistance from the Ukrainian army and civil society, Moscow has adopted the strategy of attacking urban and residential areas and Kiev believes that they will intensify the offensive and the siege against key cities in the coming days to frighten the population, subdue it, then schedule their flight and enter with a strong offensive to capture those cities. Ukrainian defense sources point out that Moscow has recruited Syrian fighters forged in urban fighting to invade cities. These sources also believe in the scenario that Belarus begins to actively participate in the Russian invasion.

The Ukrainian government is also very seriously concerned about the possibility of an attack with chemical or biological weapons. The Kremlin has spent days accusing the United States of developing biological weapons in laboratories in Ukraine; and Kiev believes that it is a pretext to launch a chemical or biological attack at a given moment and accuse Ukraine. Washington points out that Moscow is preparing the ground to fabricate a false attack and attribute it to the allies. The matter reached the United Nations Security Council on Friday, whose rotating presidency rests with none other than Russia itself. At a meeting on biological weapons demanded by Moscow, the US ambassador, Linda Thomas-Greenfield, pointed out that the Kremlin “uses the Council to legitimize and justify Putin’s actions”.

For the US government, however, the decision to raise the nuclear alert level is for the time being a gesticulation by the Kremlin, since intelligence agents have detected no changes in the positioning of its nuclear force.

The doubt lies, however, in whether Moscow adopts a “maximalist” strategy —which has as its objective the absolute control of the entire territory— or settles for a few enclaves of political and symbolic significance. The CIA does not see, at present, how Putin can meet the goal of taking over Kiev and replacing President Zelensky with a pro-Russian government. As the head of the National Intelligence Directorate (the entity that brings together all US espionage services), Avril Haines, has said, “what he may be willing to accept as a victory may change over time, given the significant costs who is suffering”.

The United States calculates that the Russian army may have suffered between 2,000 and 4,000 deaths, a very elastic estimate in which, they admit, they do not have great confidence. The use of inexperienced recruits instead of professional soldiers in the war has been one of the thorniest issues for the Russians. Defense Ministry spokesman Igor Konashenkov acknowledged this on Wednesday, two weeks after the offensive began. “Unfortunately the presence of conscripts in the units of the Russian Armed Forces involved in this special military operation became known through various facts,” he stated.

Putin had denied his participation a day earlier, on March 8, in his message “to the mothers, wives, girlfriends and sisters” of the Russian military for Women’s Day: “Let me emphasize that the soldiers who are doing the service military do not participate and will not participate in hostilities, nor will there be an additional call for reservists. The tasks are solved by professional soldiers”.

Konashenkov had also denied these facts on February 28. “I would like to emphasize that only officers and contract soldiers serve in the positions of privates and sergeants,” he stated. Before, the diary Novaya Gazeta published a report in which the president of the Committee of Soldiers’ Mothers, Andréi Kurochkin, denounced that some young people had been forced to sign temporary contracts. “There are not enough contractors and the unit commanders put pressure on the recruits,” he told the Russian newspaper.

The country’s legislation dictates that to intervene in combat, young people who do compulsory service must sign a contract with the Armed Forces. The Ministry of Defense assures that “almost all these soldiers have already been withdrawn to Russian territory.” However, Konashenkov did not offer an exact number of citizens who have illegally participated in the war.

The spokesman explained that a logistics support unit was attacked by a group of Ukrainian saboteurs. ”Several soldiers, including conscripts, were captured. We are taking comprehensive measures to prevent recruits from being sent to combat zones, and for captured military personnel to be released,” he assured.

The Russian Armed Forces offered their first and last official casualty figures on March 2, a week after the offensive began. Previously, on February 27, they had confirmed the information that there had been deaths among their ranks, but did not give more details. Unlike the data on destroyed Ukrainian targets, of which there is a detailed part every day, the counter of Russians killed in the conflict remains stagnant at 498 fatalities and 1,597 wounded for nine days.

The Russian Defense Ministry says it has destroyed 2,396 enemy objects since the start of what it calls a “special operation for the defense of the Donetsk and Lugansk republics.” Among others, he cites 82 command posts, 76 radar stations, 827 battle tanks and 119 anti-aircraft systems and numerous aircraft, which would have swayed air superiority in his favour. Likewise, he announced on the second day of the attack that he had managed to achieve one of his great strategic objectives: unblock the passage of water from the Dnipro River to Crimea, which had been cut off by Kiev after the Russian annexation of the peninsula in 2014.

A week after ordering the offensive, Putin told his Security Council that everything was going according to plan. “The special operation in Ukraine is progressing strictly according to its schedule, according to the plan, all assigned tasks are being resolved,” the president said. His defense minister, Sergei Shoigu, repeated those same words on Friday.

How does the Helms-Burton Act affect Cuba?